When Doctor David Baines creates a machine that allows him to directly enter the mind of a comatose patient, he encounters a twisted reality that, rather than being the inner workings of one person’s mind, is actually a limbo world beyond life, and death, in unexpected forms, awaits the unwary.

Heart of Kargoth Book 1 – Theft at Greypeaks ( 2005 Fantasy Novel, unpublished – and never will be!)

Steven Cree wakes up at the same time, day after day. Every time his body has suffered new injuries, his memory less than what it was the day before.

And why, when he looks in the mirror, does the face looking back at him resemble a stranger, as if his very essence is slipping away with each passing day…

“Everything within this story needed to be there: Every thought, every action, every word. The writing was exceptional. There was no flowery language, no extra narration. The writing was strong.

Even the dedication at the end fit well. It hit me like a truck, which could only happen with a powerful story.”

Gareth Young makes a tweak to the most powerful experiment on earth based on just a hunch. The result is a revelation of the most profound, but is all it seems to be? 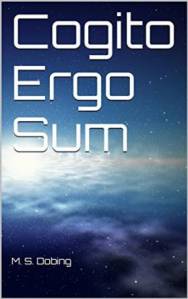 A routine flight takes a turn for the supernatural as Chris finds himself in an altered reality where the world he knows no longer exists, his identity is in doubt and where terrifying beings hunt him down. This is the Reality Trip, a short story by M. S. Dobing.